RSS Feed
← Fifty years on.
Where the hell did I dine? →

Preoccupied with this, that and the other so I haven’t had a lot to say lately. I’ll be back on the horse pretty soon, I imagine.

Went to a college basketball game today. My alma mater came to play Lehigh University for only the second time in history.

Today’s game was considerably closer. Lehigh held a 66-65 lead with a few seconds to go. But BU’s D.J. Irving hit a pair of free throws with two seconds left to put the Terriers back on top, and a desperation shot by Lehigh didn’t fall in.

I’m guessing there were maybe 2,000 people, tops, at Stabler Arena. Everyone else in the world missed a good game.

I usually dredge a couple of sociological observations from my trips to sporting events. Not this time. It was just an athletic event. An entertaining and well-played athletic event. No deeper resonances of what it means to be American, or any of my usual shite.

A few happy pictures just to pad this out: 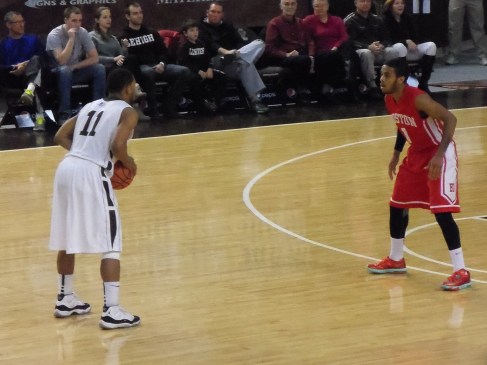 The matchup of the game: Lehigh’s Mackey McKnight vs. BU’s Mo Watson Jr. 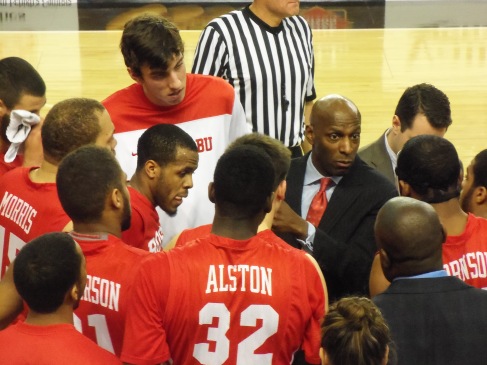 Posted in Uncategorized and tagged boston university, college basketball, lehigh. Bookmark the permalink.
← Fifty years on.
Where the hell did I dine? →