It looks like I’ve finally made my Satanic Majesties Request, or maybe my Self Portrait — the album that makes people shake their heads and say, “He’s lost the plot.”

My latest Bandcamp effort, The Midnight Loneliness of the Sunflower, has stalled out with fewer downloads — and, I think, fewer listens — than any of its three predecessors.

(Give it time, I say. By the year — oh, let’s say 2037 — I will be regarded as a genius, ahead of my time in my ambitious fusion of otherwise unrelated elements.)

Which says little, really, except that the music-listening public doesn’t seem to like recordings tagged “Allentown” any more than it does fire sirens. 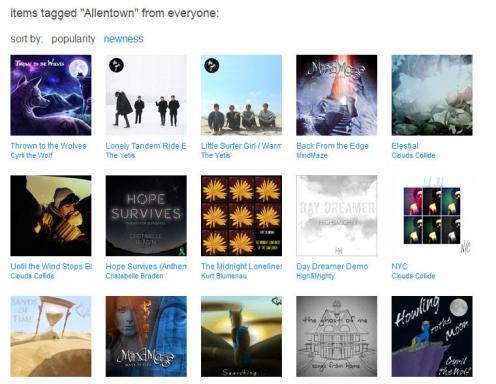 The Midnight Loneliness is also currently the 80th-most-popular Bandcamp recording with the tag “french.” I can only assume that sound I hear is Vercingetorix weeping from beyond the grave.

The good news? Well, you won’t get to listen ’til late in the year, but I’m already working on tracks for a second recording of atonal diddley-bow solos.

Yeah, next time around I’m gonna give the people what they want.

View all posts by kblumenau