Livin’ for givin’ the devil his due.

Let’s throw some words in this direction, just for fun.

An old college acquaintance I follow on Twitter posted about the existence of an online archive of Andy Warhol’s Interview magazine, dating back to 1975. I spent some time enjoying that earlier today.

The magazine is a curious mix of the heights of New York fashion and the depths of banality, and in that, it is fascinating.

A sample highlight: The August 1981 issue includes an interview with Mick Jagger conducted on June 2, 1981, the 40th birthday of Stones drummer Charlie Watts. Chawlie shows up to answer a question or two and receive a cake. Mick shows off photos of his recently acquired home in France and kvetches about paying taxes in New York State, while briefly mentioning the upcoming Stones album, possibly to be called Tattoo. As mentioned, it combines the height of fashion and the depths of banality.

There was another article around the time of Some Girls that suggested that Jagger and Keith Richards might still be performing at age 50, under the names “Mississippi Mick Jagger and Blind Lime Richards.” The media’s total inability to perceive that the Stones might still be rolling at age 70 and beyond is always entertaining.

A random Twitter interaction earlier today also led me to a historic coincidence: 40 years ago today, Blue Oyster Cult’s “Burnin’ For You” placed at No. 40 in its last of three weeks on the American Top 40, thus relieving the Cult of the ominous weight of being one-hit wonders. (You know what their first hit was.)

I wrote a Five For The Record about “Burnin’ For You” some years ago. The local classic-rock/album-rock station used to play it frequently when I was a kid. I taped it off the radio, back when that was what one did for songs one liked, and it’s always seemed to straddle the worlds of Top 40 pop and hard-rock with great aplomb.

There should probably be more Blue Oyster Cult in my consciousness:

Yesterday I went running. It was October 16 and the temperature was probably 70 to 75 degrees and I was quite comfy in a t-shirt and shorts in my little pocket of New England.

I think we all have our own signifiers of climate change, and I’ve decided that this is mine:

The weather I thought of in high school and long afterward as “cross-country weather” (cool, crisp, breezy, well-suited to long-sleeve T-shirts, cozy and dark and hygge once you’re done running) now doesn’t arrive until the last week or two of cross-country season. 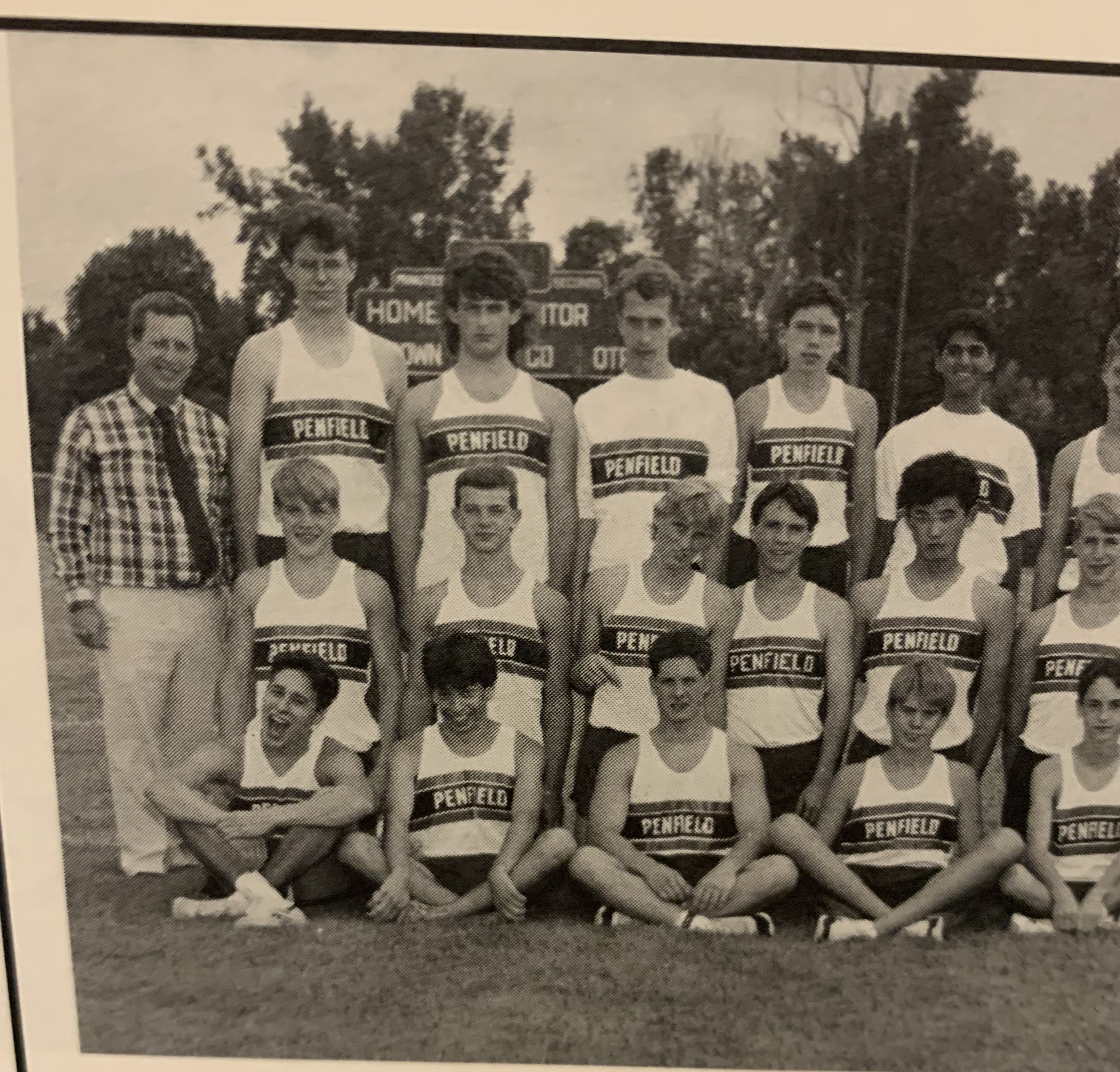 No prizes for spotting me in this partial team picture. Senior year, fall 1990.

This weekend I gave blood, raked leaves, made probably two years’ worth of spicy vinegar-based hot sauce out of the year’s crop of hot peppers, and baked some crusty French-style bread just ’cause I could.

I love growing hot peppers but I really don’t have a good end use for them. Every year I pick them and go, “hmmmmm.” And I end up boiling them with vinegar and salt, pureeing the cooled mixture, and putting it into the fridge to put on … stuff. (Usually stray batches of rice.)

I should make it a point for next year to come up with a better game plan, if I haven’t singed my tongue to hell and gone by then.

In less than 12 hours I go back to work for another week. Couldn’t care less about it at this point, thanks to the last remaining lashings of bourbon in my cabinet … but sometime overnight the switch will flip, and I will put on my salaryman’s cloak again in the morning and go forth and be dutiful.

If not, I could always make a career of evil. I will not apologize: